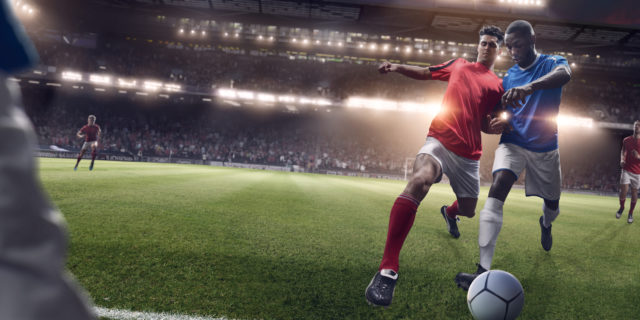 In our first article, we referenced the two most renowned and best-paid footballers worldwide, Lionel Messi and Cristiano Ronaldo, and their battles with Spanish tax authorities about alleged fraudulent breaches of tax obligations using Image Rights planning.

Spain has a track record of stringently pursuing image rights tax schemes (as do France and the U.S., while the UK and Italy are a little more relaxed) so there was little chance these two high-profile investigations were going away. And unsurprisingly because, in addition to enormous playing remuneration, millions are earned exploiting their name and image for advertising and merchandising.

In Messi’s case a €2.1 million fine was handed down for avoiding some €4 million of taxes on income from image rights in the period 2007 to 2009 – from endorsement deals including Danone, Adidas, Pepsi, and Procter & Gamble – via companies in Belize, Switzerland, the UK, and Uruguay. Spain’s Supreme Court rejected the “no knowledge” argument and convicted both the player and his father with jail terms of 21- and 15-months.

In Spain, first offenders for non-violent crimes are not jailed for less than two-year sentences and, following earlier voluntary payments of €5 million and €3.5 million, a Barcelona provincial court exchanged the prison sentences for further fines of €252,000 and €180,000, respectively.

After some 12-months of negotiation and a delay of his move from Real Madrid to Juventus, a deal with Spain’s finance ministry, for alleged tax fraud of €14.7 million using a shell company in the British Virgin Islands to hide image rights earnings, plus a two-year suspended jail sentence, was in prospect. The formal hearing was in private.

Press reports refer to a final settlement fine of some €19 million, and because it was a first offense, he would not serve any time behind bars. Reporting suggests the authorities believe the true income hidden was more than €40 million, and the agreement was still “short-changing” the justice department.

Our View on Structuring Image Rights

A carefully structured image rights company (IRC) for commercial purposes is not tax evasion and is a wise way to exploit the commercial value of your image. An IRC which licenses image rights, attracting corporation tax rather than a higher personal tax rate, is understandably attractive.

While utilizing tax havens is bound to attract attention, establishing, for example, an IRC in a home country for ‘home rights’ and an offshore IRC for ‘non-home rights,’ well-planned structures should not be too controversial.

Needless to say, we continue to advise seeking expert tax and valuation advice to support any image rights structure.