As public companies entered the traditional fourth-quarter impairment testing period, two big question marks are hanging over the market—a pandemic that has put a dent in many companies’ earnings and the possibility that U.S. accounting standard setters may implement significant changes to the treatment of intangible assets.

Amidst the uncertainty, VRC Co-CEO PJ Patel joined NYU Professor Dan Gode and Calcbench CEO Pranav Ghai for a panel discussion on the current state of goodwill. The issue is important because, as Ghai noted, companies in the S&P 500 alone are carrying some $3.4 trillion in goodwill on their balance sheets, a figure equal to around 42% of the broad market’s book value.

With the coronavirus continuing to provide economic headwinds, some market participants may be anticipating a slew of impairment writedowns at the end of the fourth quarter when public companies carrying significant goodwill typically conduct annual tests on its value. After all, the reasoning goes, COVID is in its second wave and is still causing a drag on many companies’ earnings. On top of that, there have already been more than 65 impairment writedowns this year, versus a little over 70 in all of 2019. It might be reasonable to assume they are just the tip of a very large iceberg.

However, Patel isn’t so sure there will be a large second wave of impairments—at least not if stock prices hold up. He noted that this year’s writedowns to date were almost entirely concentrated in the first half of the year and were primarily focused on industries such as travel and retail that were directly affected by the virus-related lockdowns. In other words, many of the companies most vulnerable to COVID-related writedowns have already taken them.

A second factor is the strong rebound in the stock market—the 2020 bear market was by far the shortest in history—which means that the companies that didn’t aggressively write down goodwill in the first half of the year now have a cushion. “Even if companies have reduced earnings, they don’t have reduced value,” Patel said. “Multiples are up and, as a result, we really don’t [fore]see much in the way of impairment.”

The panelists discussed the Financial Accounting Standards Board’s ongoing project to consider changes to accounting for goodwill and other intangibles. While there was agreement that there is no theoretical reason to treat goodwill as a finite-lived asset, they also agreed that the standard setters appear to be moving toward an approach where goodwill is amortized.

The FASB appears to still be undecided on the appropriate period and whether and how carrying value for goodwill should be adjusted during that period. As Gode quipped about amortization, “the devil is in the details.”

Patel framed up the amortization period discussion with observations on how goodwill impairments typically play out in the years following acquisitions. Impairments that arise in the first few years, Patel observed, have proven to be a fairly reliable indicator that the acquirer overestimated value and simply overpaid. As such, quick impairments contain valuable information for investors who analyze financial statements. Impairments that surface after five years, on the other hand, are more often a reflection of company leadership: “Has management run the business well, invested in the right products, done enough R&D, and achieved the synergies they thought they would at time of deal?” But to the extent they answer those questions, impairments in this middle phase can also prove instructive to investors. Patel averred that goodwill impairments that come later may result from management’s ability to evolve with changing business environment or other times exogenous factors out of the company’s control.

While it’s unclear at this stage whether the FASB will opt for some hybrid model that includes amortization with impairment testing along the way or something more extreme, Patel suggested complexity shouldn’t be the determinative factor because incremental changes in the requirements over the last decade or so have made impairment testing less onerous than ever: “There’s really been a simplification of the process…when you look at the test today. You calculate the fair value of the reporting unit, compare it to the carrying value. And if the fair value is less than the carrying value or carrying amount, you have an impairment.” 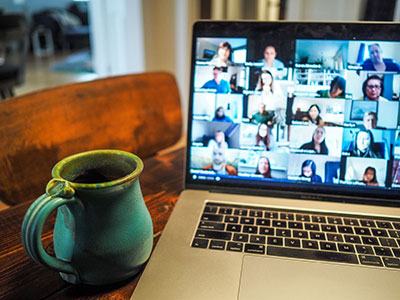 Featuring PJ Patel, Pranav Ghai, and Dan Gode. Matt Kelly hosts this dynamic discussion on the magnitude of goodwill impairments and how coronavirus has impacted goodwill levels on the balance sheet. 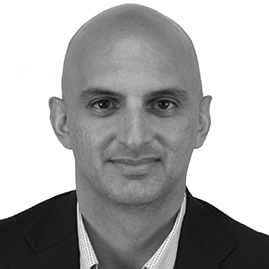